What is water polo? 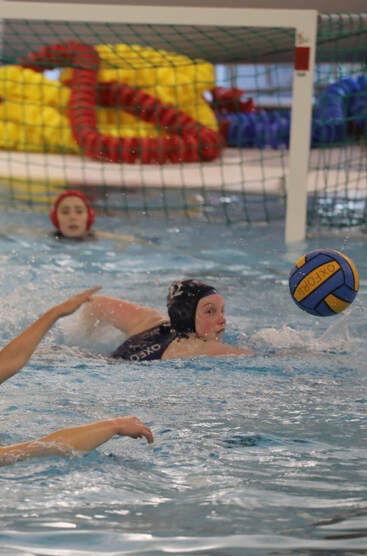 The modern game originated as a form of rugby football played in rivers and lakes in England and Scotland with a ball constructed of Indian rubber. This "water rugby" came to be called "water polo" based on the English pronunciation of the Balti word for ball, pulu. Water polo is the oldest team sport in the Olympic Games, with the first Olympic water polo game taking place in 1900 in Paris. The Varsity match is an annual game between the ancient Oxford and Cambridge universities, and is the longest running waterpolo fixture in the world, having run since 1891.

Women's water polo became an Olympic sport at the 2000 Sydney Olympic Games after political protests from the Australian women's team. Every 2 to 4 years since 1973, a men's Water Polo World Championship is played together with the World Swimming Championship, under the auspices of FINA. Women's water polo was added in 1986.

Players must continually swim or tread water, make quick bursts for the ball, catch and pass the ball in one hand, and use their lower body to propel themselves above the water to shoot. Water polo combines elements of basketball (teamwork), football (contact), and hockey (shooting). In water polo, there is no such thing as standing still. Even at rest, the players must tread water to stay afloat. Exercise physiologists call it the "most physically demanding of all sports."

The object is fairly simple -- the team with the most goals wins. Teams play four eight-minute quarters in a pool of varying dimensions. In top quality games the pool is at least six feet deep everywhere, although in the UK this facility is rare, so a shallow pool is used for lower level games.

There are plenty of whistles, mostly for common fouls which result in the loss of the ball. Major fouls are punished with a 20-second penalty, during which a team plays with a man-down. Players who commit three major fouls in a game must sit out the rest of the game.

Olympic water polo has a storied, and rather rough-around-the-edges, history dating back to 1900. The original style of play was brutal, with hard fouls the norm rather than the exception. In fact, the 1956 gold medal game between Hungary and the Soviet Union was called because of its savagery. Police had to escort the Hungarians out of the pool.

The Hungarians have owned the Olympics, although Yugoslavia, the Soviet Union and Italy have won medals as well. Great Britain dominated the early Olympic years, winning the competition in 1900, 1908, 1912 and 1920, but in since then the UK has dropped out of contention for major championships.